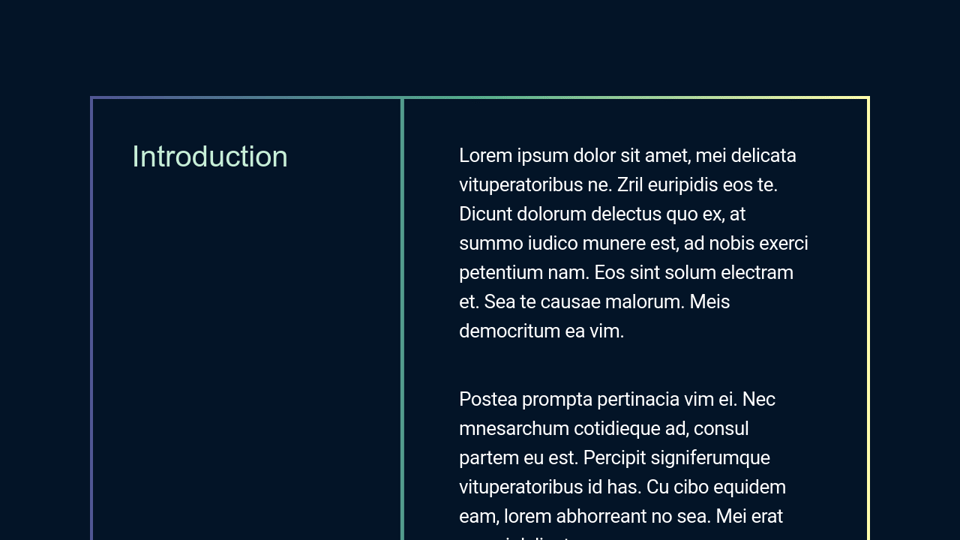 On Tuesday, I was working on a new client project and I needed a solution for gradient borders. The design had two columns of content with a border around the parent element and had a border between the two columns.

But that solution would not work in my project because I need the parent .box to be transparent to see design elements layered underneath. I needed a new solution that would allow for transparency.

I came up with a clever solution using clip-path. I started with using the border-image-slice solution from this article on CSS Tricks for the parent .box element. But I needed a solution for the border between the two columns of content. I needed the border to be the same color as the color in the gradient on the top and bottom borders.

My CSS Trick was to use a ::after pseudo-element on the .box element which was absolutely positioned to be the full width and height of the parent .box element. I applied the same background gradient as the border and used clip-path to only show 4px of the pseudo-element (creating the border). I also created a fallback for browsers that do not support clip-path getting a solid border on the box and the inner border.